skip to main | skip to sidebar

Squelching the Noise about the Ukraine

There are more interesting things for me to write about than this, and I am working on it, but in the meantime here is a quick note on happenings in the Ukraine that will most likely contradict what people can glean by listening to Western mass media sources. Not only that, but some useful idiots right inside Russia have started to hyperventilate as soon as Russian troops pulled back from the Kharkov region, claiming that "This is now a war!" They should go off and read Resolution 3314 of the UN General Assembly from 14 December 1974. That should temper their enthusiasm for declaring wars. It's a Special Operation; if you call it anything else, you are not only mistaken but committing a crime under Article 207.3 of the Russian Criminal Code.
I'll just list some facts about the conflict and leave it up to you to draw your own conclusions.
This morning, Russia's defense minister Sergei Shoigu gave an interview in which he declared Russia's battlefield losses in the course of the Special Military Operation (a state secret until now) to be 5.937 killed. He also said that 90% of those wounded have been treated and have returned to active duty. To put these numbers in perspective, this is 0.004% of Russia's population. Over the same period Russia lost around 5.600 people to auto accidents, over 10.000 to drug overdoses and over 50.000 to alcoholism.
For some further perspective, Shoigu also mentioned some numbers for losses on the Ukrainian side. Losses on the Ukrainian side amounted to 61.270 dead, which is roughly half of the initial Ukrainian army. This puts the kill ratio of over 10:1, and one has to dig deep in the annals of military history to find an invading force that obtained similarly stellar results. The Ukrainians are now scraping the bottom of the barrel and the latest 300.000 that are being drafted into the army, no experience necessary, will probably be of similarly little help against battle-tested Russian soldiers as previous such efforts.
Earlier this morning, Vladimir Putin gave the order to call up army reservists. According to him, the nature and the goals of the Special Military Operation in the Ukraine remain the same. The reservists will be given contracts (they will in essence become salaried employees). Only those with relevant military experience and training will be called up. Shoigu went into further specifics: just 300.000 reservists will be called up in the first phase (roughly 1% of Russia's total reservists), which will coincide with the normal, regularly scheduled annual training of reserves. They will be equipped, trained and sent in with the task of shoring up and straightening up the battle front. To be sure, they will also be called upon to provide security and to suppress enemy activity on both sides of the border.
Given the current configuration of the battle front, which includes a toehold on the Kharkov region, all of Lugansk, most of Donetsk, most of Zaporozhye and most of Kherson, their mission could conceivably come to include driving the Ukrainian forces out of the remainder of Donetsk and Kherson regions and perhaps setting up and maintaining a buffer zone to make it impossible for Ukrainian artillery to reach within what will soon become territory of the Russian Federation.
To this end, referenda will be held starting this Friday in all of the above formerly Ukrainian regions except for Kharkov, which is excluded. According to most recent opinion polling, the idea of joining the Russian Federation is very popular in all of the above: 94% in favor in Donetsk, 93% in Lugansk, 87% in Zaporozhye and 80% in Kherson. And why wouldn't these people want to be part of a peaceful, stable and prosperous state where their native language is the official language rather than stay within a failed state that has been fighting a civil war against them going on nine years? The celebrations that will follow these regions joining Russia are likely to be massive: Crimea 2014 times ten.
Finally, I'd like to add a note on the Russian withdrawal from most of the Kharkov region. The region itself is of no consequence to Russia while the city of Kharkov, with its remaining population of around two million and with Ukrainian heavy armor and artillery hiding among high-rise buildings and using civilians as human shields, would be either a hard target, a humanitarian disaster, or both, were the Russians to try to conquer it. Also, although Kharkov is overwhelmingly Russian-speaking, these are some of the most heavily brainwashed, Westernized, Nazified Russian-speakers on the face of the planet and, from a Russian perspective, just not worth the bother. Thus, the Russian withdrawal to defensible positions behind the River Oskol in the east of the region was the right move.
A major remaining question in my mind is what will become of Nikolaev and Odessa regions. These are both quite valuable to Russia, and absorbing Odessa will provide Russia with a land bridge to Transnistria, yet another Russian region that had found itself outside Russia and where Russian peacekeepers have been keeping the peace for just over three decades. My expectation is that these regions will be left to ripen and fall into Russia's basket mostly of their own accord as the rest of the former Ukraine sinks deeper into failed-statedom while the West loses all interest in it, preoccupied with its own economic and political crises, which are far more interesting, and far more important, than all of the former Ukraine put together.
Posted by Robin Morrison at 10:42 AM

You reposted my content without permission. Take it down!

You reposted my comment without permission.
Take it down!

Robin Morrison has pursued life like a senile butterfly enthusiast, rushing off without so much as a net, always feeling he's left something behind; for example, the memory of where he came from before he emerged to mate and some day die.

He is old and unwise. His sword arm is shot, and he agrees with the authorities that there's nothing like a good blaster at your side and stomping on anything that still writhes. He calls this 'writing'.

"Writing protects me from reality," he said. "Readers protect me from my creditors. 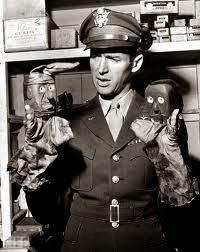